Portobello Group, producer of porcelain and ceramic tile based in Tijucas, Santa Catarina, Brazil, announced the beginning of construction of its U.S. factory in Baxter, Tennessee.

“Growing and developing in the American market, incorporating the local culture, generating job opportunities and investments as the result of ‘production to partnership relationships’ with distributors, is what guides this new challenge,” said Portobello Group’s CEO Cesar Gomes, Jr. “We are proud to soon present Portobello America’s new United States-based factory. We believe in the strategy, the market potential and, above all, the combination of our know-how with the American team and culture.”

The facility is slated to be approximately 895,000 square feet and built on a 92-acre project site roughly 70 miles east of Nashville, Tennessee. Situated in Putnam County, within the limits of Baxter, Tennessee, the overall region is considered a national hotbed for ceramic tile manufacturing due to the region’s vast natural supplies of clay and feldspar.

Total investment is expected to reach $160 million, of which $80 million will be allocated to the construction of the new facility. The remaining $80 million will focus on the investment in world-class tile production machinery. Construction is projected to be completed by the end of fourth quarter 2022. Portobello estimates the state-of-the-art facility will create 220 local jobs. 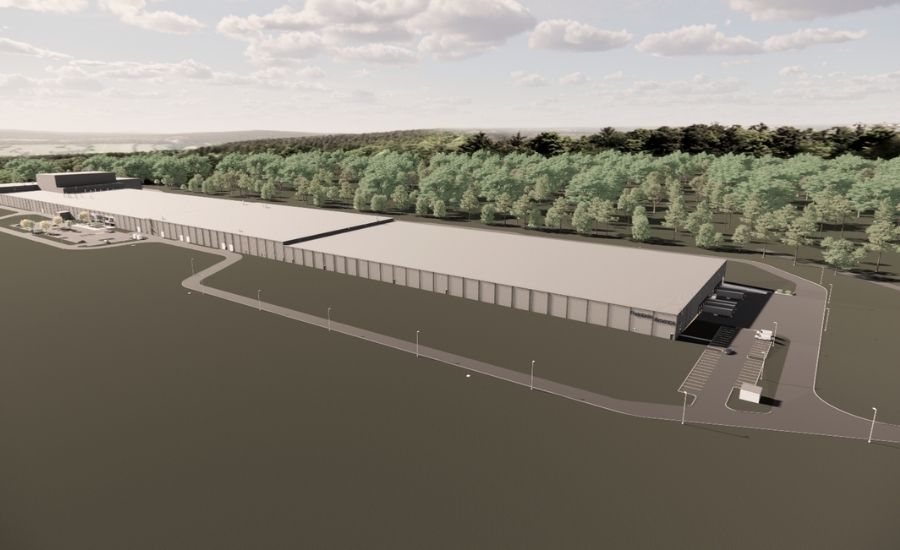 A rendering of the new Portobello America plant based in Baxter, Tennesee.

The company currently has two distribution centers in the U.S. market, strategically located in Florida and Tennessee (where the future industrial facility will be located, as well as Portobello America’s U.S. headquarters).

“The construction of the factory is the next step of our strategy that began in 2018," said Luiz Felipe Brito, CEO, Portobello America. "We have assembled a world-class team, curated a product portfolio that has proven to be very successful and have partnered with the best independent distributors in the country.”