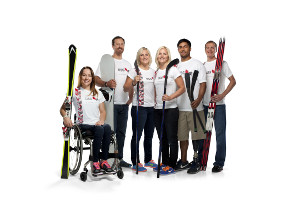 USG, a leading building products company, announced its new brand identity and tagline, “It’s Your World. Build It.,” which exemplifies the organization’s commitment to customers and its strategy for continued growth.

Building on the success of its strategic growth plan, USG and its Canadian subsidiary, CGC., are activating the new brand through four-year sponsorships of both the U.S. Olympic and Paralympic Teams and the Canadian Olympic Team. USG and CGC are now the official building materials sponsors of Team USA and the Canadian Olympic Team. L&W Supply Corporation, the company’s distribution subsidiary, becomes the official building materials provider of Team USA.

USG’s core values—integrity, service, innovation, diversity, safety, efficiency and quality — are reflected in the Olympic and Paralympic Movements, making the relationship between the organizations an ideal match.

“Over the past five years, we made several strategic moves to make USG a stronger, more agile company,” said Chairman, President and CEO James S. Metcalf. “We are focused on things that matter to our customers: product innovations, expansion into key international markets, and making it easier to do business with us,” added Metcalf.

“Being associated with The Olympic Movement, which is recognized throughout the world, gives USG broad exposure and appeal as we roll out our new identity,” said Metcalf.

“Olympic and Paralympic athletes are known for high performance, perseverance and a commitment to excellence – principles that align closely with USG’s own values. We are proud to support the athletes who devote their lives to achieving greatness. It inspires us to do the same as we embark on the next phase of our company’s growth,” adds Metcalf.

“The support of Team USA Partners such as USG is essential to maintaining our commitment to elite-level performance and ensuring U.S. Olympic and Paralympic athletes have every opportunity to succeed,” said Scott Blackmun, chief executive officer, USOC. “In addition to financial support, USG is adding its expertise and materials to aid in the improvements at the Olympic Training Center in Colorado Springs. The work being done to improve facilities at the OTC will have a direct and meaningful impact for the athletes who live and train there.”

“The Canadian Olympic Committee knows it takes a village to raise a champion,” said COC President Marcel Aubut. “In forging a strong and vibrant partnership with USG, we are continuing to foster the development of athletes and coaches. On behalf of the entire Canadian Olympic family, I want to welcome and thank USG for supporting our nation’s sporting future.”

USG’s continued focus on investing in promising technology and innovation has enabled its current success and represents the foundation for future growth. The company introduced the building industry’s greatest advance in decades − lightweight wallboard – with its award-winning SHEETROCK® Brand UltraLight Panels. USG now offers a full portfolio of lightweight building products and is the leader in lightweight innovation. In addition, USG is taking steps to diversify its long-term sources of earnings with joint venture investments in India and Oman to take advantage of growing demand in that region.

USG, CGC and L&W Supply are also proud to sponsor several elite athletes expected to compete in the Olympic and Paralympic Winter Games in Sochi, Russia.