This website requires certain cookies to work and uses other cookies to help you have the best experience. By visiting this website, certain cookies have already been set, which you may delete and block. By closing this message or continuing to use our site, you agree to the use of cookies. Visit our updated privacy and cookie policy to learn more.
Home » Haan’s MultiforcePro SS-25 in the Running for ‘Most Innovative Product’
Breaking Flooring NewsTalkFloor News 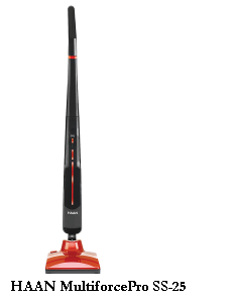 Haan Corporation’s MultiforcePro SS-25 is one of five finalists in the “Most Innovative Product” category of The Blades Ecommerce Awards. The winner of this award, given to a company that has impacted its industry with a unique product, will be announced on March 6 in conjunction with the 14th Annual Miva Merchant Conference.

Since its debut, the MultiforcePro SS-25 has garnered strong buzz in the housewares industry. Recently the product received a “Best in Category” honor at the 2014 Housewares Design Awards. It was named one of This Old House magazine’s ‘Top 100 Best New Home Products of 2012’.

“Haan prides itself on being on the cutting edge of technology while creating versatile and chemical-free products with the consumers’ best interest in mind,” said Romi Haan, president and CEO of Haan USA.

The Blades Awards will also honor companies for Best Website of 2013, Best Feature and Most Compelling Story.